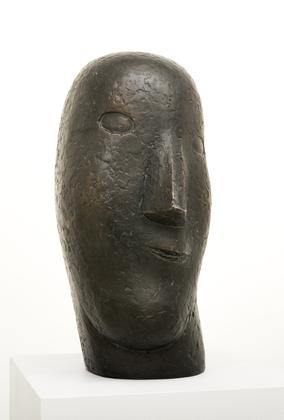 “Beauty is a symbol of truth. He who does not search for truth and pursues lesser things will not create art.” Andrei TarkovskyI kept this criterion in mind, which is so old that even Plato considered it ancient, during the selection of the works for display. Two things were important here:
1. the displayed object must contain a substantive message for the viewer, and 2. in its form it is, in the original sense, a thing created out of solid matter by an intelligent mind and a skillful artist.

What is titillating about a sculpture?
In the middle of Plato’s dialogue on the soul and beauty, Phaedrus writes:
Every soul fell to the earth, whence they will never take off except upon wings that can grow only with the power of Érōs.
Only through the senses can one experience beauty. Only Erós – love for a beautiful face, image or sculpture awakens a certain tickling and irritation in a person’s soul.
As if it had sprouted wings.
The soul that does not grow wings while alive will never take off after death.
Our life has no real meaning other than cultivating the wings of the soul by lying with the beauty that is present in everything.
A paraphrase (D.B.) of part of Plato’s dialogue Phaedrus, on the soul and beauty (246a–252c).

In other words, titillation is supposed to connect the beauty in the portrait with the beauty in the soul of the viewer. The divine soul resembles the human soul, and Erós mediates between the two. The poet Vladimír Holan speaks of Erós as the heavenly vault. Erós is the might of growing wings. It is in the work when someone who recalls beauty glimpses this beauty on a beautiful face or thing – a sculpture, a picture. At the instant when buds burgeon on his soul and from the buds begin to emerge wings, the viewer senses a certain itching, titillation and pain all at the same time. The sculpture is titillating because it causes this titillation. It causes the most important thing that can take place in the fate of a soul because either the soul dies in the body as in a mussel or it grows wings and prepares to take off. This life has no other purpose than the care of the soul, and beauty is the only thing visibly to the senses (wisdom or the good, for example, cannot be seen). Only beauty via the senses can cause the soul to grow. This exhibition is supposed to be full of titillation, which causes this transformation to take place in the viewer.

Selection Criteria
Over the course of two months we selected the work of 30 artists created between the years 1943 and 2019. Half of the artists are from the Association of Sculptors of the Czech Republic, a quarter of them are women, and one fifth of them are the works of deceased artists. Below you will find a list of exhibitors arranged by year of birth. I have added the place of birth and training, including the names of the heads of the respective ateliers. Ideally the student learns the fundamentals from his teacher and then adds something uniquely his own. Several artists (primarily those who studied during the period of Normalization) rarely acknowledge their professors at the Academy (Petr Císařovský and Tomáš Smetana), or they cannot acknowledge them because they saw them only a few times during their studies (Michal Blažek). The comrades did now allow Věra Nováková to finish her studies, not for reasons of a lack of talent. In this exhibition we wanted to provide evidence for the thesis that in art consumer biases concerning freshness, the development from worse to better, more modern and current do not apply. We did not follow a developmental line in (Czech) sculpture — isms did not interest us. As far as we were able, we based our selections on quality and beauty.
Pavlína Bartoňová

Věra Nováková
★ 1928 in Prague
1947 Academy of Fine Arts in Prague, after the putsch in 1949 at the beginning of the fourth semester she was expelled during the political screenings

Michal Blažek
★1955 Prague
1977–1983 Academy of Fine Arts in Prague with Jiří Bradáček. Professionally assisted Jan Hendrych. Based on the wishes and testimony of Mr. Blažek I will add that he was thrown out of the Academy of Fine Arts after two years (1995) after he signed a petition protesting the fact that Knížák finished his studies in two months and received his diploma from his subordinate Aleš Veselý.