About five years ago while working on the projects “Cathedral for Trees” and “Instead of Mountains” (concerning the recultivation of the environs around Most and the preservation of the mined-out mountains near Lemberk), I continually encountered the devastation of northern Bohemia, not only the destruction of the countryside, but primarily the absence of any kind relationship between the local inhabitants and their surroundings, an indifference to the land in which they were not really living but merely surviving, a land which they did not feel was their home. They were not connected to this land via their forefathers and had neither family fields nor family gravesites. It was a land for one time use only, and one they could leave at any time. It was the first time that I actually began to think about the original inhabitants of this region, the first time I “took notice” of them, and I felt that they would not have allowed such a destruction of the countryside. I put this phrase in quotation marks because at this time, like the great majority of Czechs, I knew absolutely nothing about them or the circumstances of their departure. I encountered the same lack of interest on the part of some of the inhabitants of the land in which they were living during later travels among vanished German villages in the Novohradské Mountains, the Bohemian Forest and the Upper Palatine Forest. Sometimes the local inhabitants do not even know the names of the mountains, forests or streams located in close proximity to their homes. A forest is simply a forest, a meadow a meadow, a stream a stream. For them, home begins only at the threshold of their house or their garden gate.

I began to study the history of the original inhabitants of Bohemia, where for centuries people of various nationalities, Czech, German, Jewish and others, lived side by side. For over two years I collected material for my study, and I was surprised at how difficult it was to obtain. It was not at all easy to get objective information from the material. And it was even more difficult to come to terms with it, to maintain or acquire anew some sort of distance in order to be able to recount events.

The first part of the cycle devoted to Jewish victims comes from the private family chronicle of a woman who, because of her Jewish heritage, went through the concentration camps of Terezín and Oederan at the age of fourteen and was the only one of her ten-member family to survive. I do not wish to recall the horrors these people underwent. This is pointed out fairly often and regularly in all areas of art and elsewhere. I do not wish to make a study of the crimes (wartime or otherwise), but rather of the silence of people, the silence that enabled these crimes to come about and of which I feel at least partially responsible. After Munich, it was very difficult for us to deal with the betrayal of our allies England and France. They abandoned us, and no one was there to help. Two years later, when the transport of Czech Jews began to concentration camps, we abandoned them. Czechs abandoned Czechs.

I often encounter the fairly widespread opinion that we did not know what was actually happening to the Jews. This is simply not true, and it is very dangerous to persist in this lie. Everyone saw with their own eyes the signs forbidding them from cafés, restaurants, children’s playgrounds, schools, public transportation, even from owning dogs… Everyone witnessed the eviction of Jews from their homes and the confiscation of their property. Everyone saw or could see families leaving on transports.

Unfortunately, after the first exhibitions in Bohemia, I discovered that it did not occur to most of the visitors that this was supposed to refer to them because when we speak about Jews in concentration camps we are used to speaking about German guilt.

When I attached the second part to the cycle on Czech silence during the extermination of Czech Jews —on the post-war eviction of the Germans — the reactions of the visitors was much more tumultuous. I was criticized for comparing apples to oranges and insulting Jewish victims. Of course these criticisms never came from Jews, but from people who were in no way affected. I try to explain by pointing out that people who experienced similar suffering better understand the suffering of others. The primary reason for connecting the Holocaust with the exile of the Germans in a single cycle is because almost all Czechs are sufficiently informed about the crimes committed against Jews and therefore have a fairly precise idea of the monstrous extent of the torture and murder of innocent victims. They sense the unacceptability of such an act.

On the other hand, they have almost no information on the exile of the Germans, but they subconsciously feel that something is not right. I hope that they sense the pangs of some sort of collective conscience, of collective memory, that they sense the guilt that we share for the expulsion of the Germans. When these two feelings are placed side by side, it could perhaps lead to an understanding and recognition of the extent of the crimes of which we are guilty during the expulsion of the Germans. Only thanks to our lack of awareness and prejudices is it possible that we still talk about “transfer” and rightful punishment instead of “expulsion” and bestial revenge.

It may seem like I am unnecessarily dredging up things that have been forgotten or even subject to a statute of limitations. But Czech xenophobia, prejudices and complexes, just like sporadic, baseless, clamorous arrogance and hysterical reactions to any mention of a “transfer”, of the Sudetenland or the Beneš decrees testifies to the fact that nothing in the history of a nation can be erased, and the sooner we are able to see our mistakes for what they were and accept responsibility for them, the better it will be for us. Collective guilt does not exist, but there does exist something like collective conscience or collective memory. It is above all in our own interest that we not have taboo or dark places, which metastasize into unhealthy self-deceptions and false myths about “national character”. We must realize that we are capable of the same actions as any other nation, that we are not a nation of golden-handed musicians with a dovelike character. Myths about national character have a very negative impact, and there is no way to establish a meaningful dialogue or even a healthy, legitimate self-confidence. Therefore, each of us should know the genuine facts about the unequal position of the German minority in Bohemia during the First Republic, about the expulsion of three million Germans from their homes and about their torture and murder on the basis of an unacceptable principle of collective guilt. And we should know what happened to them later because their suffering did not end when they crossed the border, and neither did our responsibility. We owe it primarily to ourselves. And we owe it to the Sudeten Germans, those who were unjustly persecuted, and to their descendants, those who were exiled and those who, to be sure, could have stayed but up until only recently collided with problems connected with their heritage. If their suffering is forgotten, it will have been in vain. If we are going to teach about it, it will change into an experience, which will perhaps prevent its repetition. Only then can we undertake an action, which, we hope, will lead to a genuine reconciliation of our nations. As a Jewish proverb has it, which I used as the name of one of my pictures: “The secret of reconciliation is memory.”

The paintings in the cycle are arranged like the pages of a Czech-German picture dictionary. Because this bilingualism is an inseparable part of the period and completes the atmosphere (Czech is primary here because the images are meant to address primarily Czechs), because it is from this period that originated most of the current problems between our two nations and the prejudices that prevent communication (a dictionary as an aid to improving mutual communication), and because we are both mutually responsible (both Czechs and Germans have this silencing syndrome).

Despite the fact that these images are supposed to “recount” human fates, I intentionally avoided figuration. I think that would only illustrate concrete stories and would lose a more general level of testimony. That is why I painted only an empty countryside or a definite setting, like a documentary of the situation now or then, but at the same time like a stage where stories played out and could play out again. I painted the subjects in a relatively dry, descriptive manner, which I think corresponds to the form of the picture dictionary I have chosen and which allows me to document the environment or the countryside and at the same time lightly emphasize a definite atmosphere or expressive detail.

Over the next few years I would like this exhibition to travel throughout Bohemia so that it might contribute to the awareness of the Czech public and urge them to consider the places in our history about which we have kept silent. I would also like to hold exhibitions in several places in Germany so that the expelled Germans know that even in Bohemia is their suffering remembered, that we are thinking and talking about it if only a little. Perhaps these images might serve as a source of information for Germans who have only an unclear understanding of the fate of the expelled Germans because it did not concern their families.
Michal Kadleček, September 2001 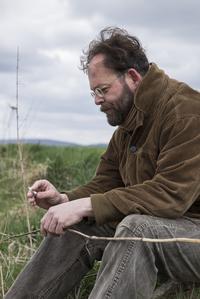 ... are reserved for those who witness injustice and remain silent

Sometimes the local inhabitants do not even know the names of the mountains, forests or streams located in close proximity to their homes. A forest is simply a forest, a meadow a meadow, a stream a stream. For them, home begins only at the threshold of their house or their ... more 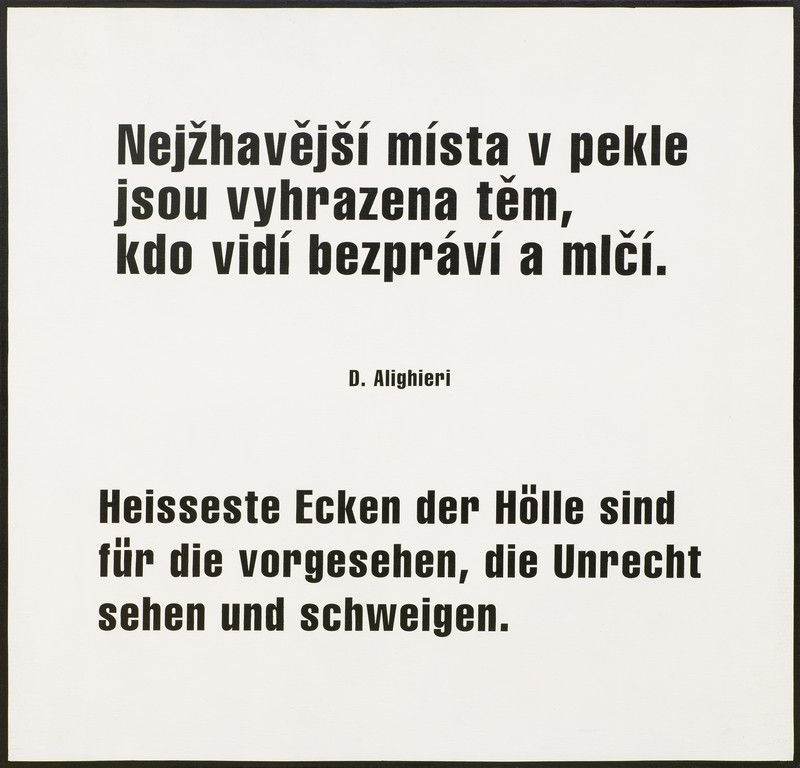 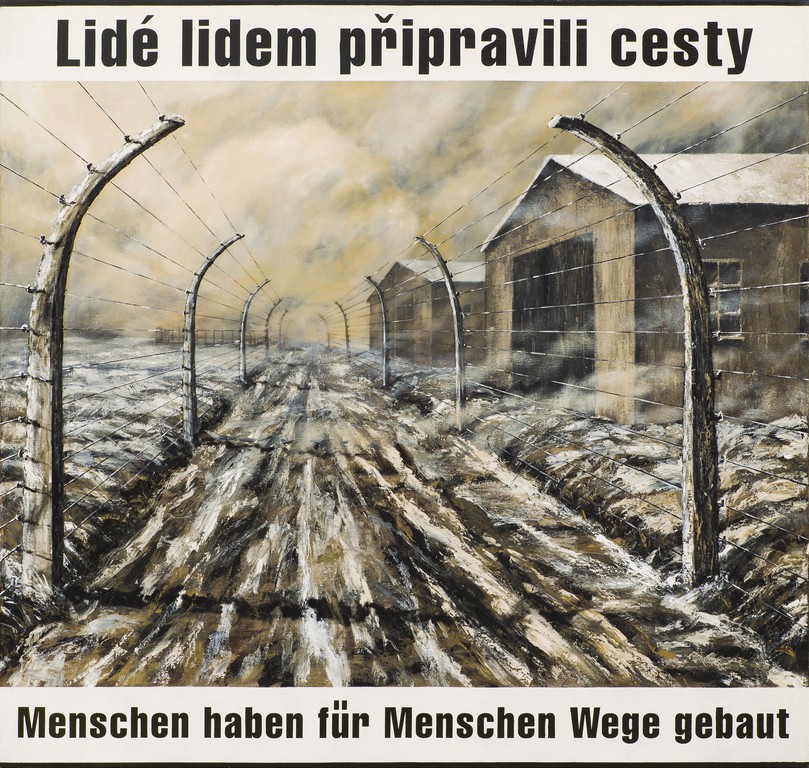 People prepare the way for people … 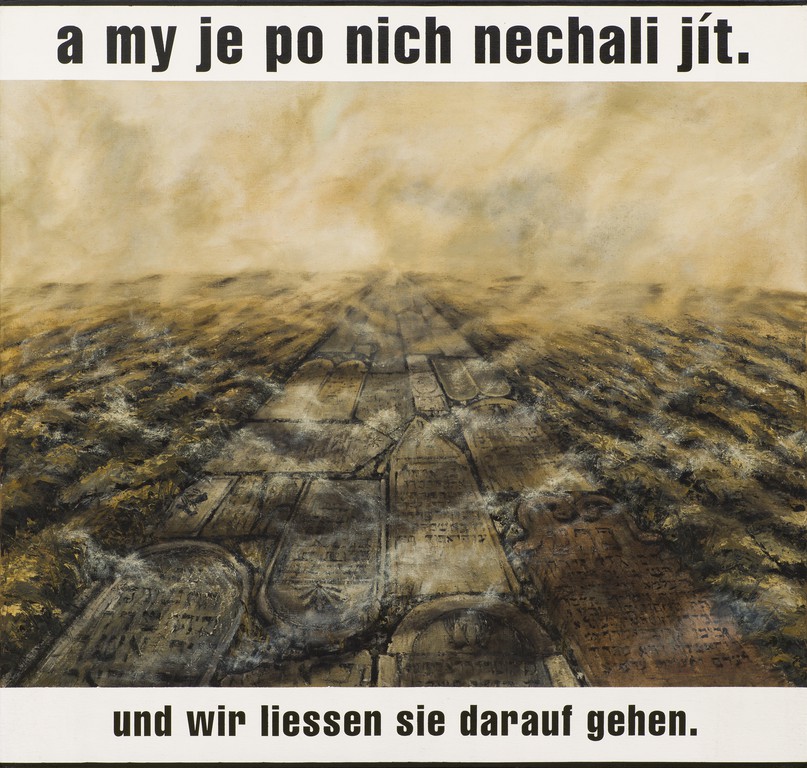 … and we let them go 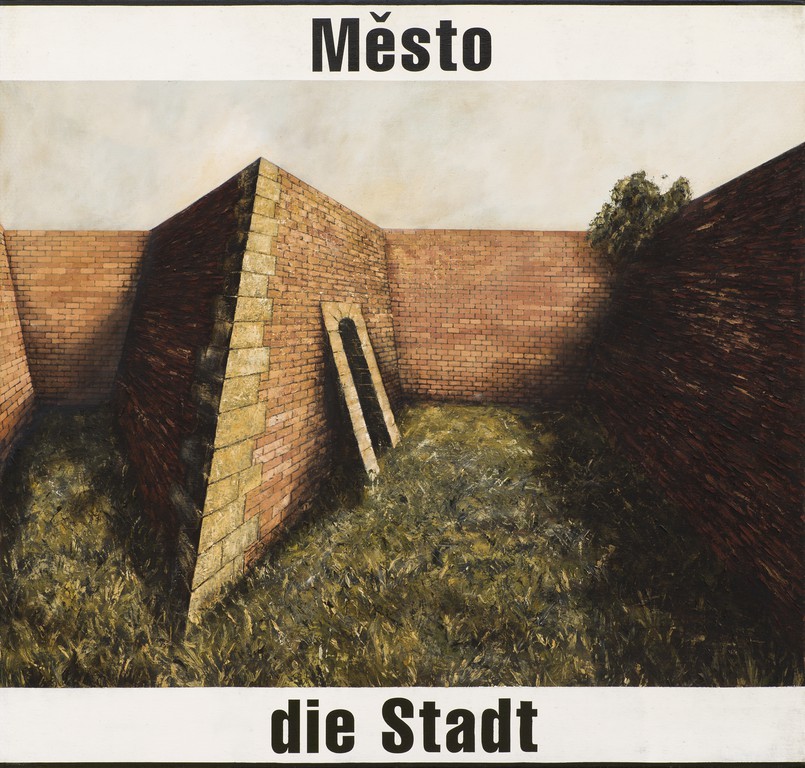 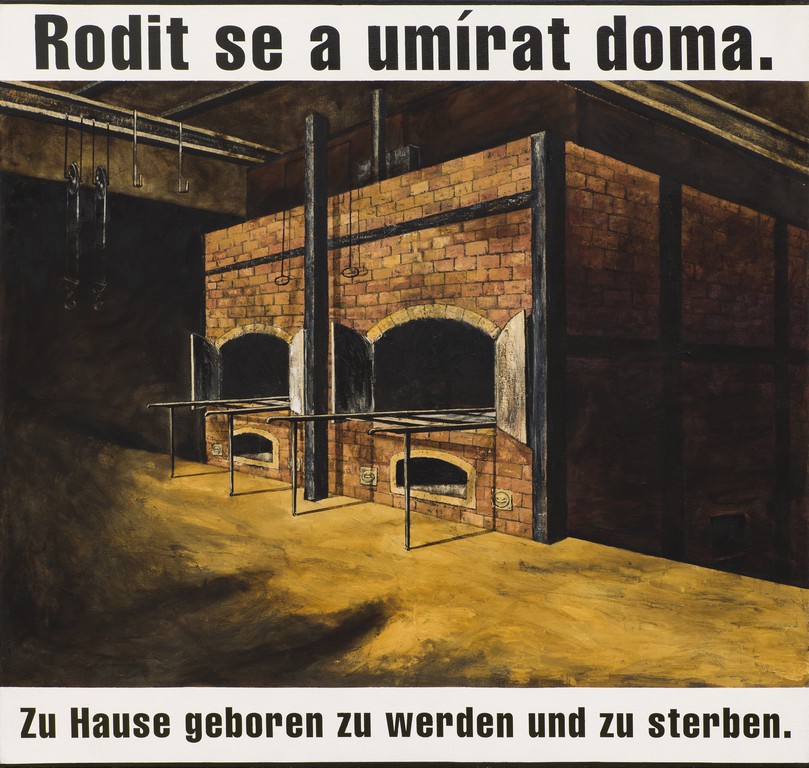 To be Born and Die at Home 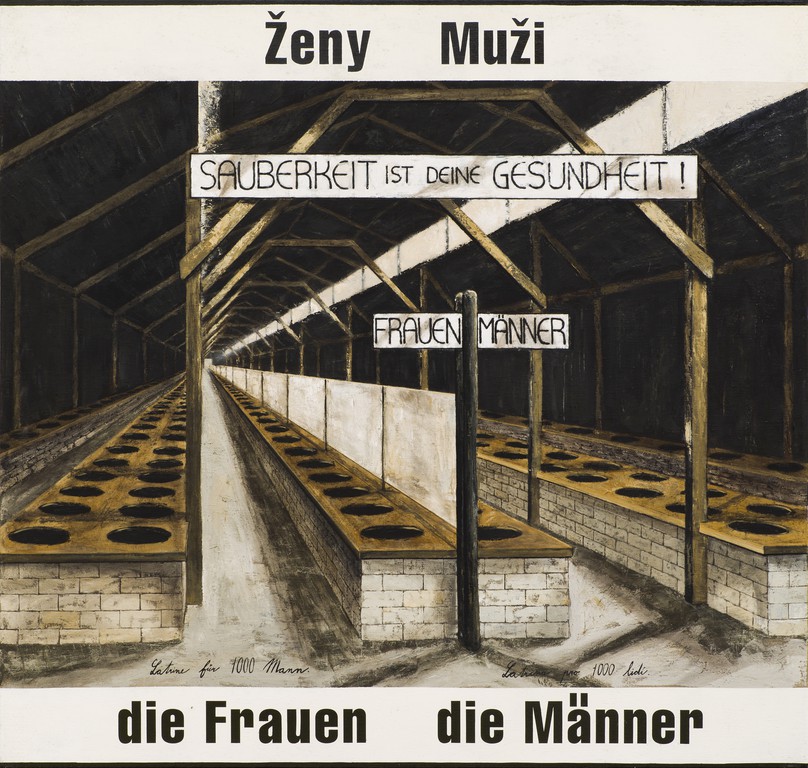 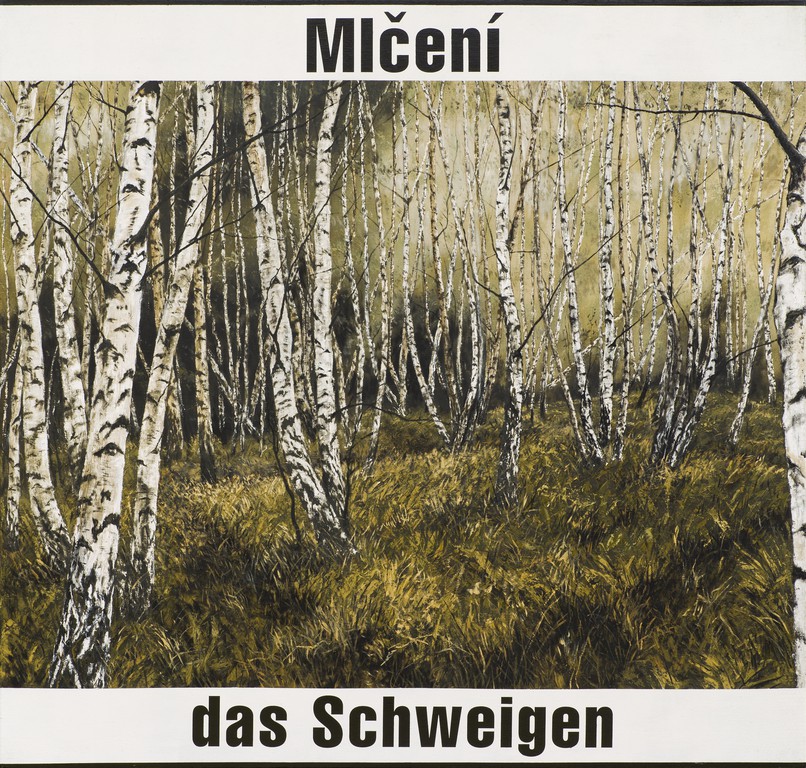 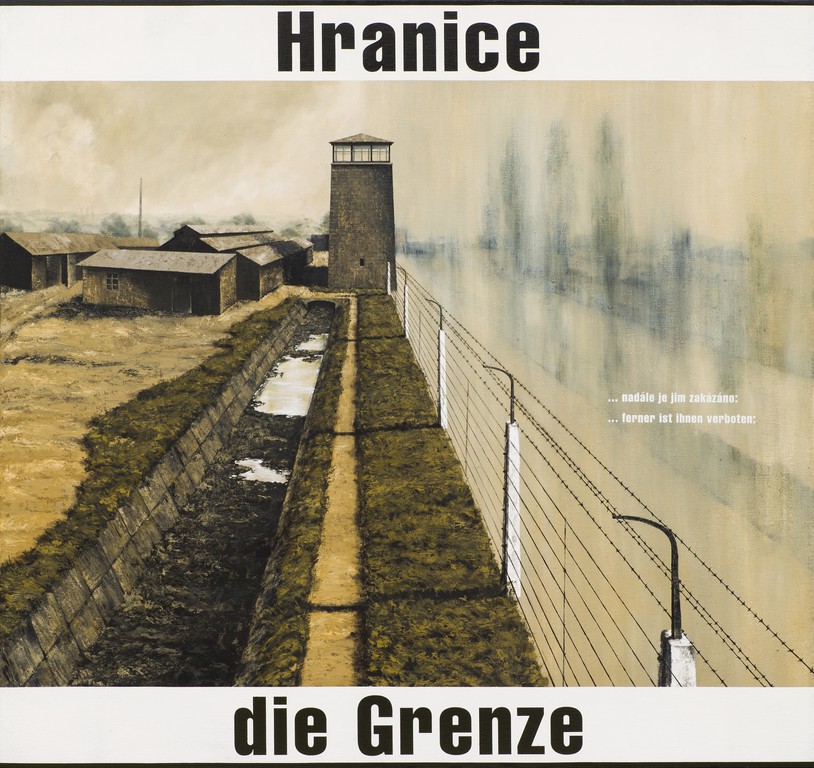 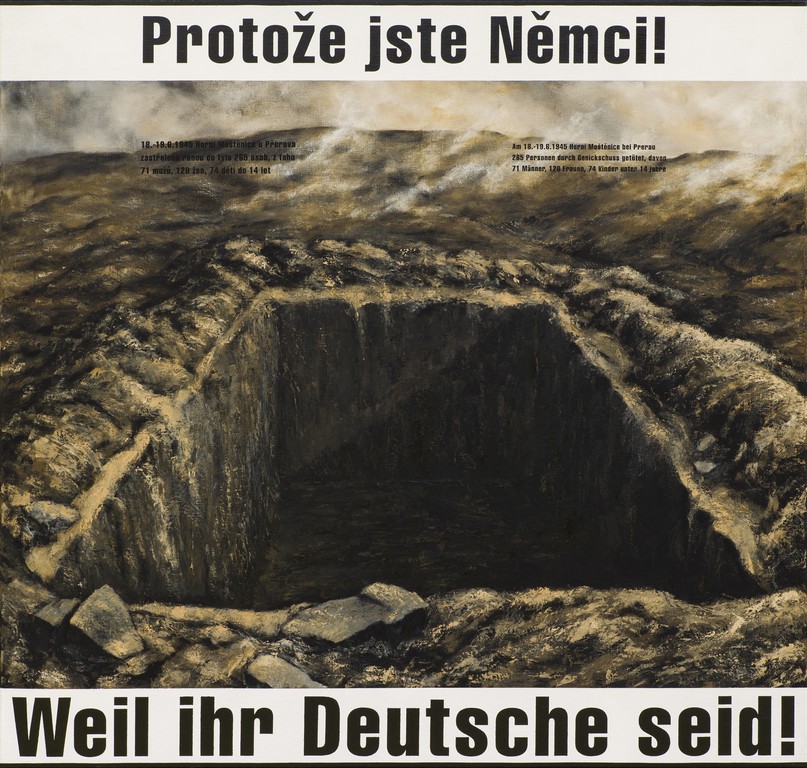 Entrance Forbidden for Czechs and Dogs! 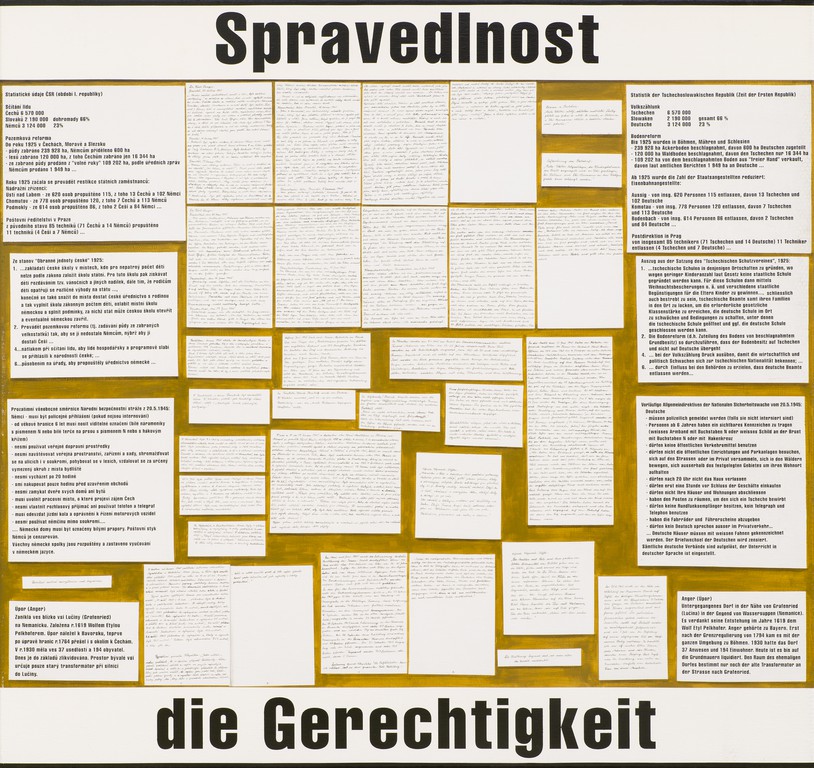 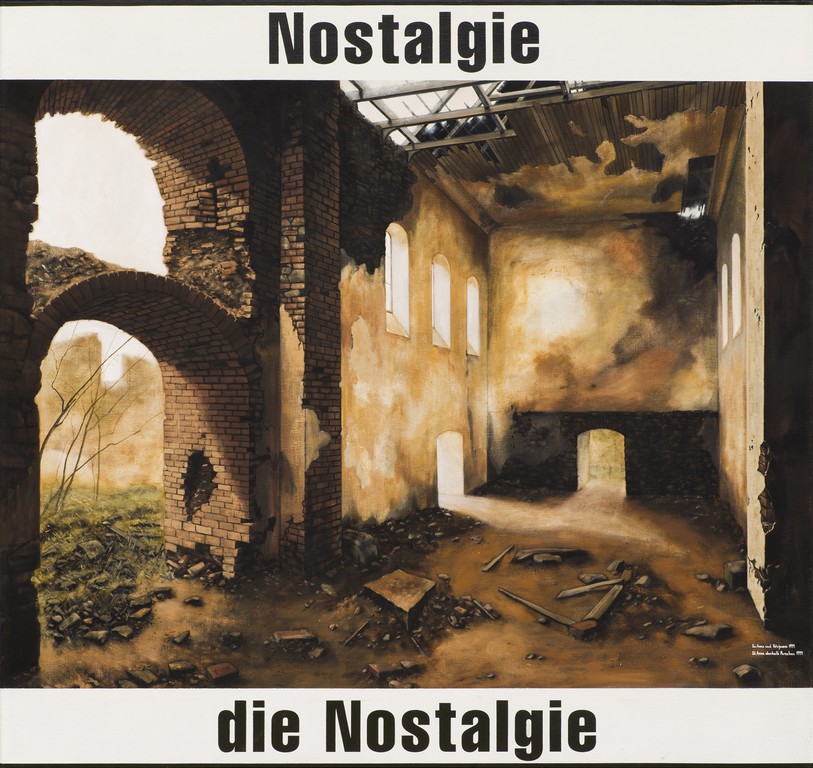 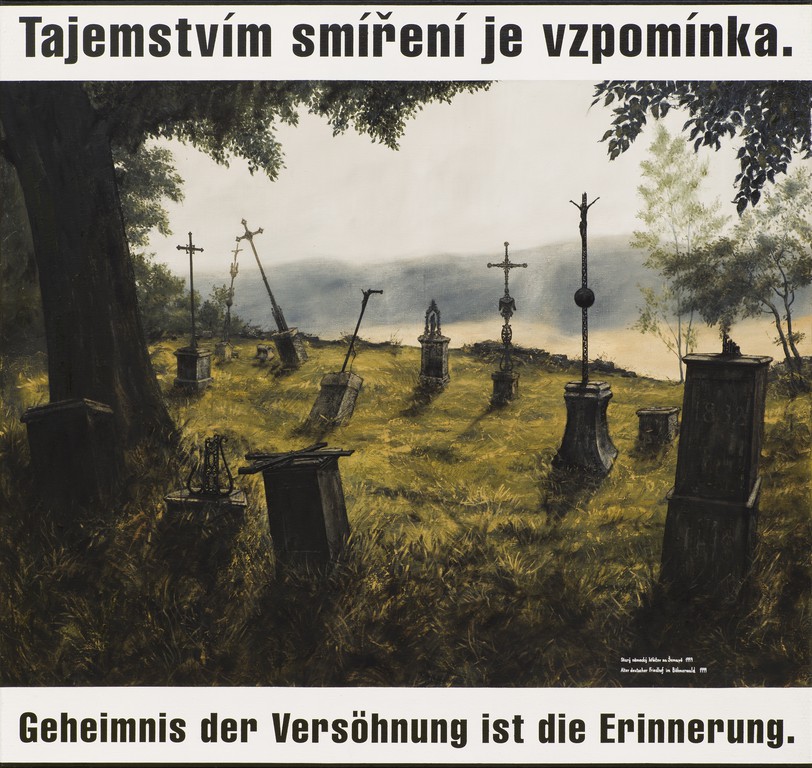 The Secret of Reconciliation is Memory 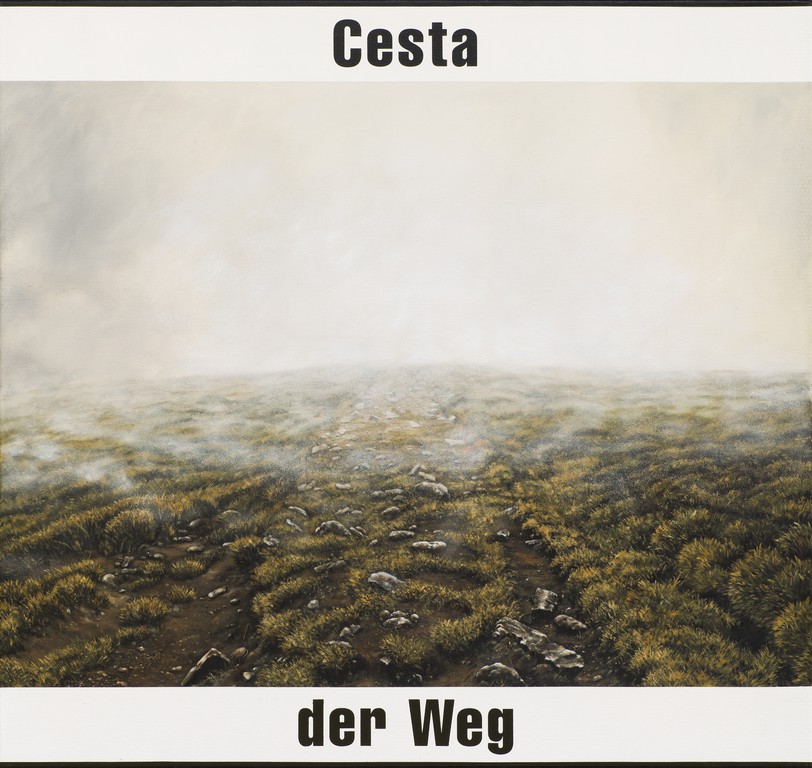