An Artist in the Acceptance of Conditions Jiří Kobr “Lo and Behold...”

An Artist in the Acceptance of Conditions Jiří Kobr “Lo and Behold...”

On the linoleum in the hallway of the institute lies a statue of the Virgin Mary with Jesus. The Annunciation is hidden behind a door and a column. On the adjoining wall it looks like St. Veronica is hanging out laundry and handing a piece to the Son of God as a veil. Employees of the polymer chemistry institute could easily pass by this scenery without noticing it. Just like the bygone events of Christians and churches, crosses and chapels have become so much a part of our environment that we pass by them unwittingly.

One might think that the conspicuous black linoleum with functional white strips, support columns, and the indispensible clock are elements that do not belong in a gallery. Of course the idea that we encounter Kobr’s statues in a “white box” is just as weird as seeing the Virgin Mary giving birth in an operating room. But Kobr’s work (in this “supernormal” environment) is vivid and effective here, but it works differently than in the idyllic space of a garden in Břevnov, where Kobr’s statues will also be making an appearance in June.

Kobr’s art appeals as the realization of the “acceptance of conditions”. It does not proceed from any sort of intentions, but rather directly from private events and a certain way of life. Zdeněk Vašíček, for instance, characterized and adopted this type of work. The acceptance of conditions in a cowshed, in a hallway or perhaps in a garden. Though Kobr concerns himself with how his audience will view and consider his work, at the same time he creates roughly based on his own taste. Thanks to both of these commonplace Biblical themes in his rendition, lo and behold, this time it is quite possible that we might see something unfamiliar.
Pavlína Bartoňová

On the linoleum in the hallway of the institute lies a statue of the Virgin Mary with Jesus. The Annunciation is hidden behind a door and a column. On the adjoining wall it looks like St. Veronica is hanging out laundry and handing a piece to the Son of God as a ... more 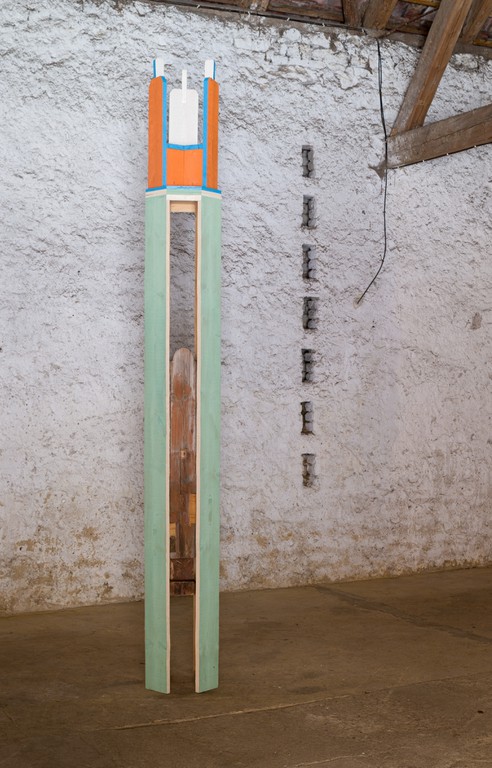 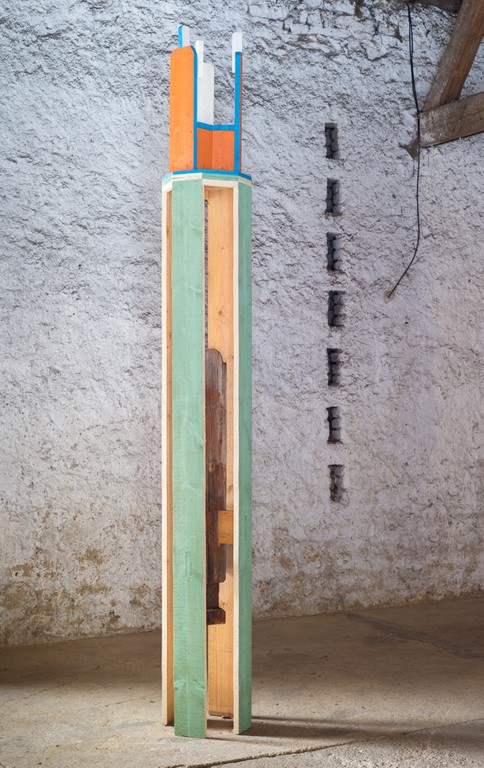 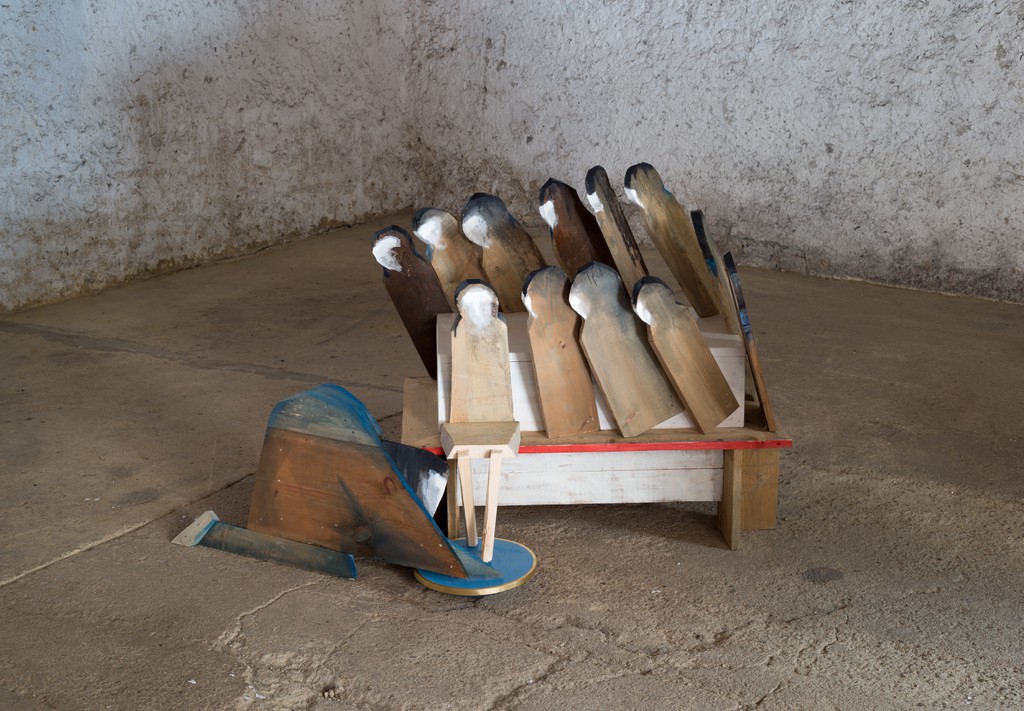 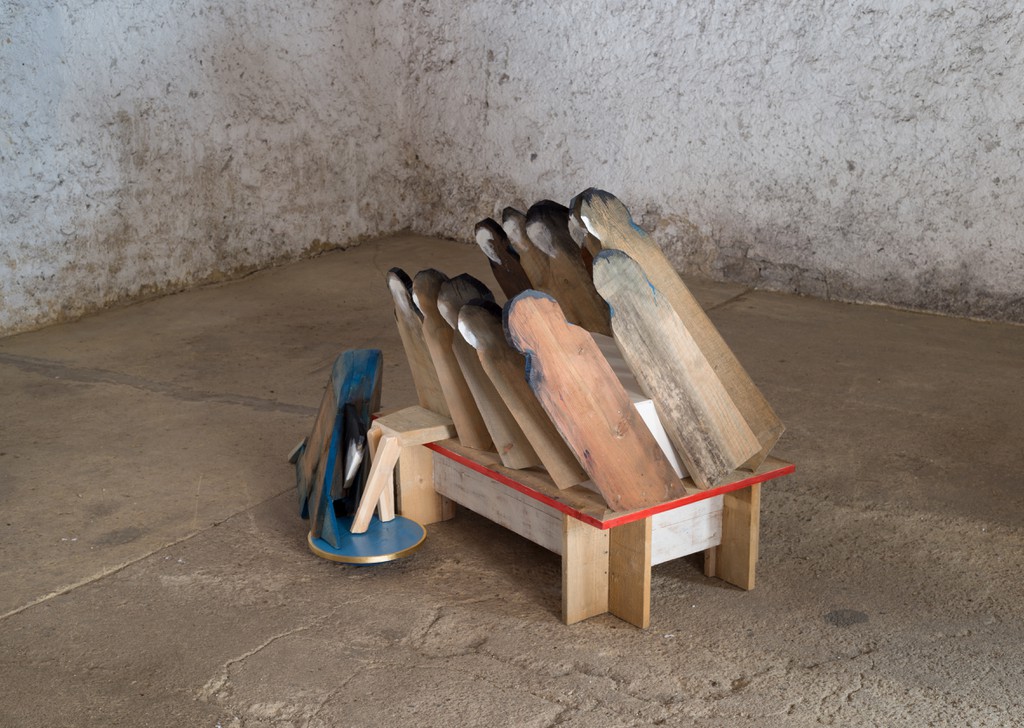 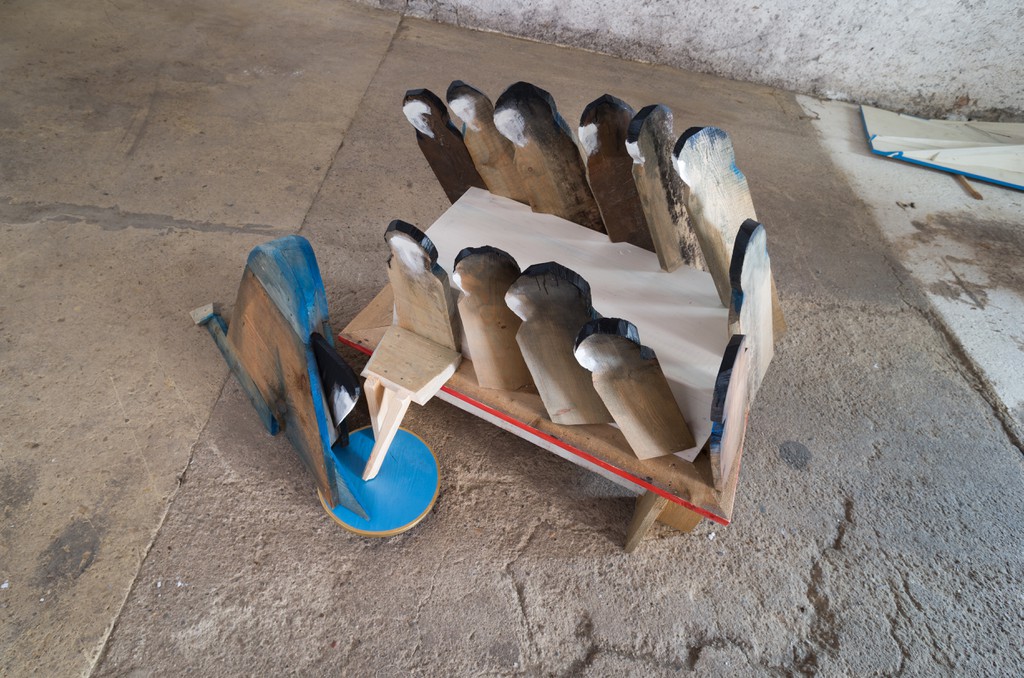 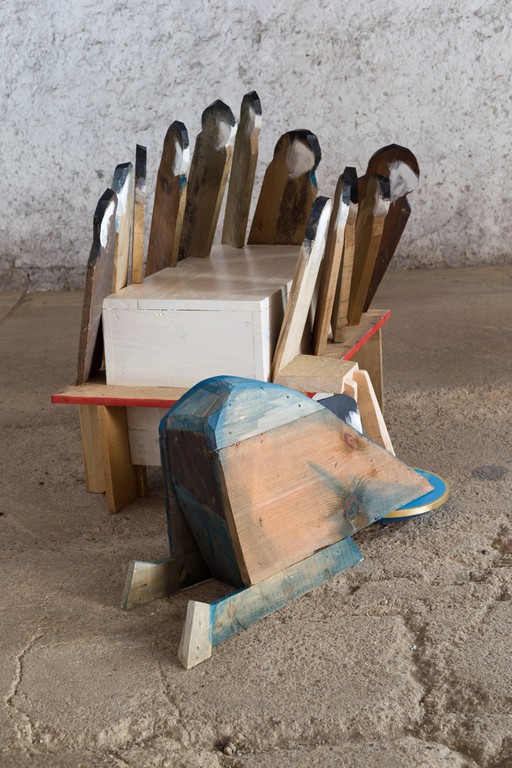 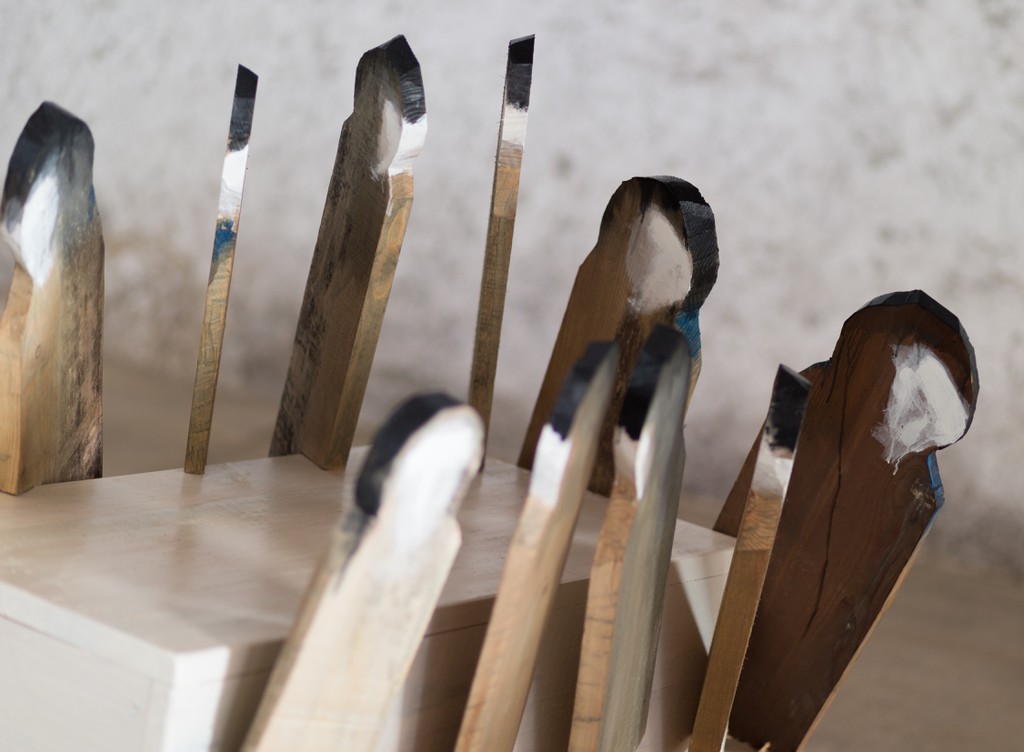 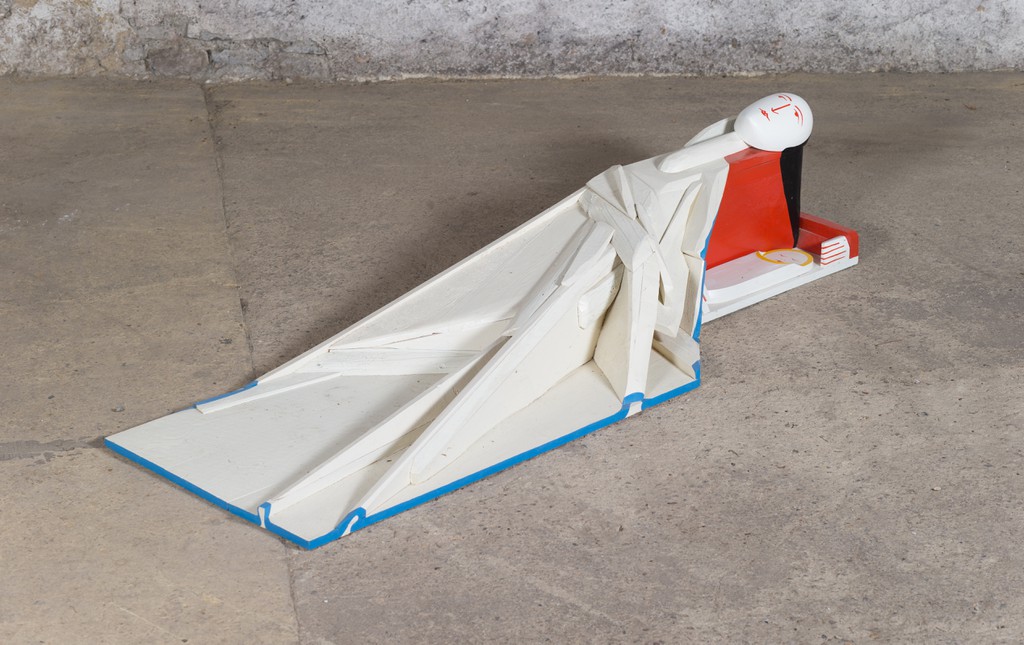 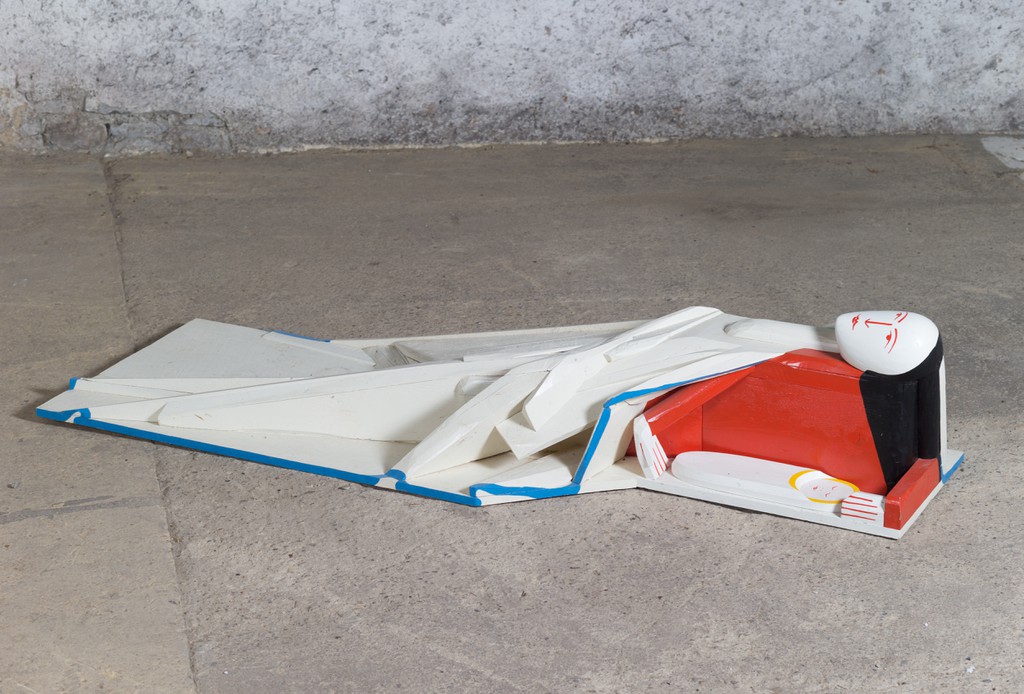 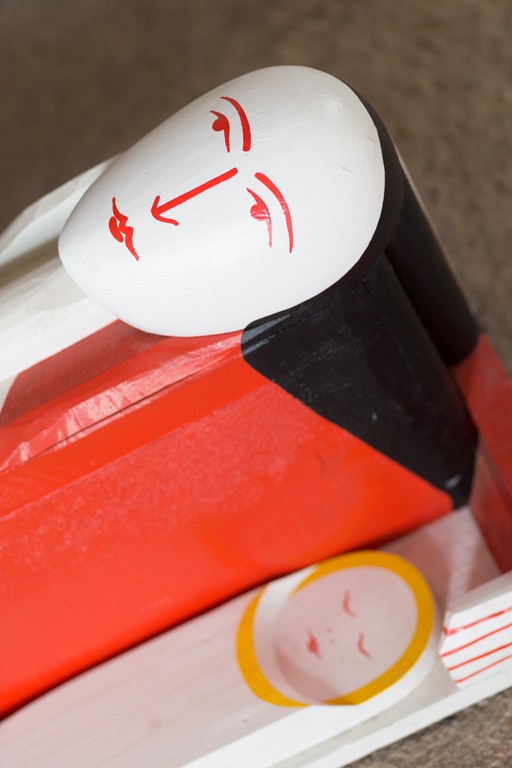 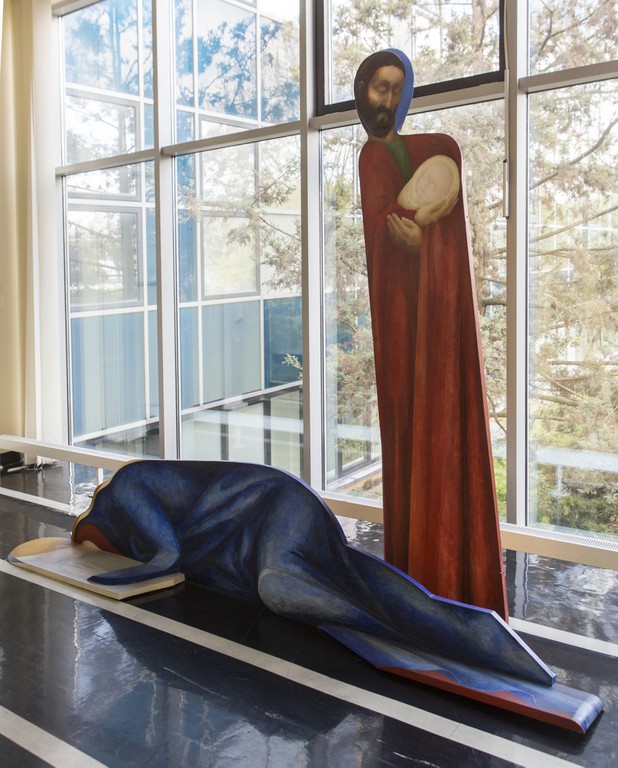 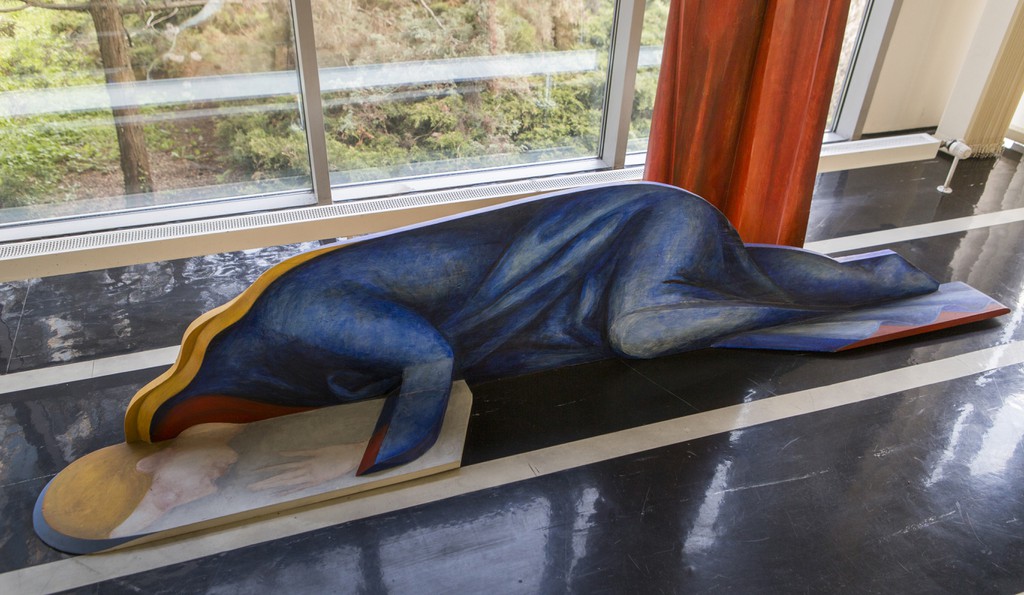 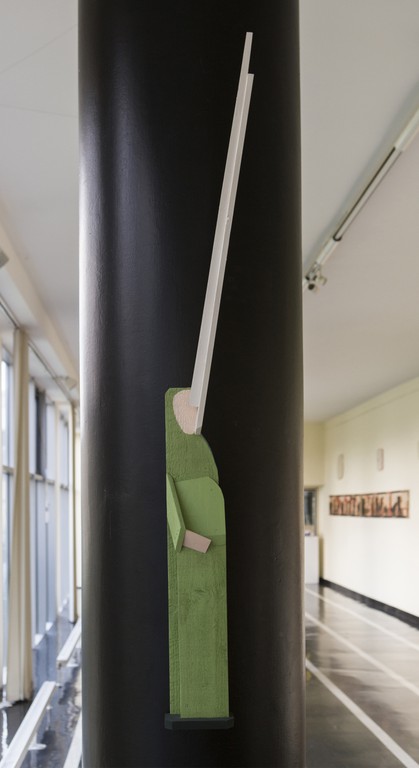 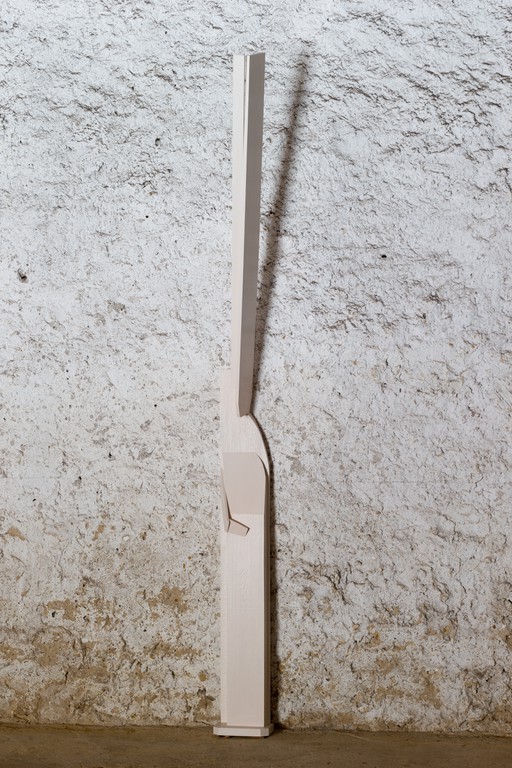 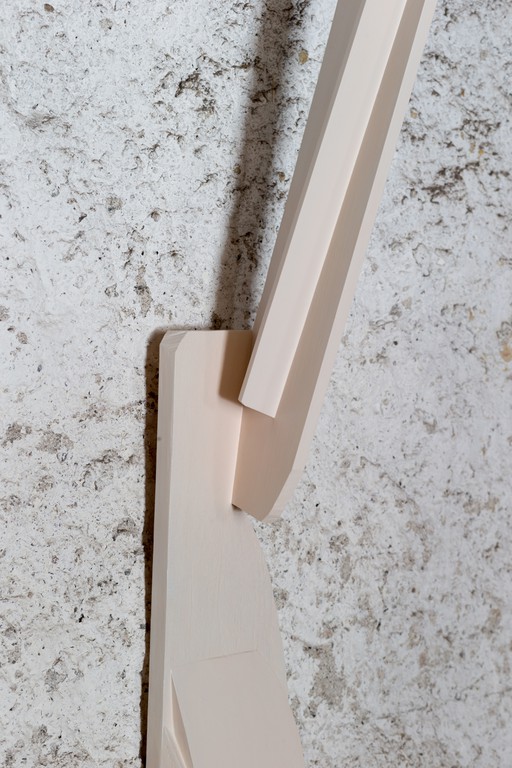 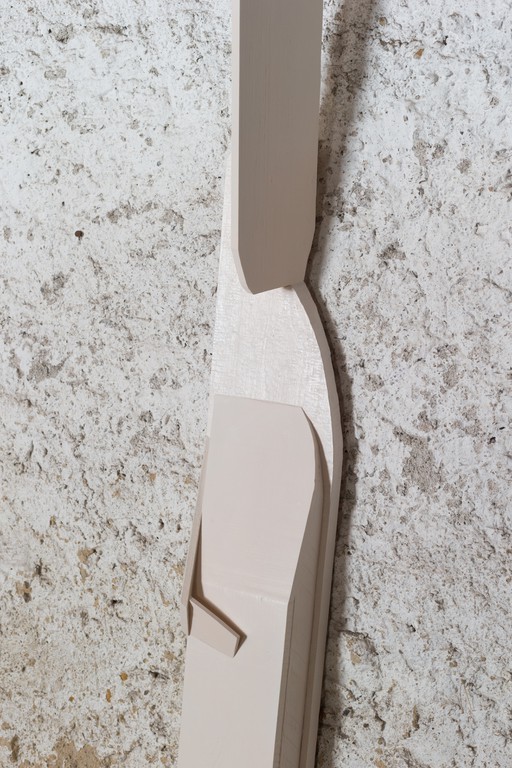 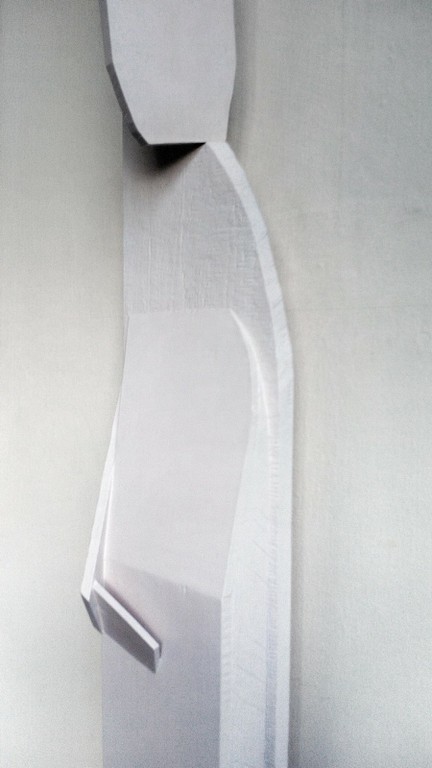 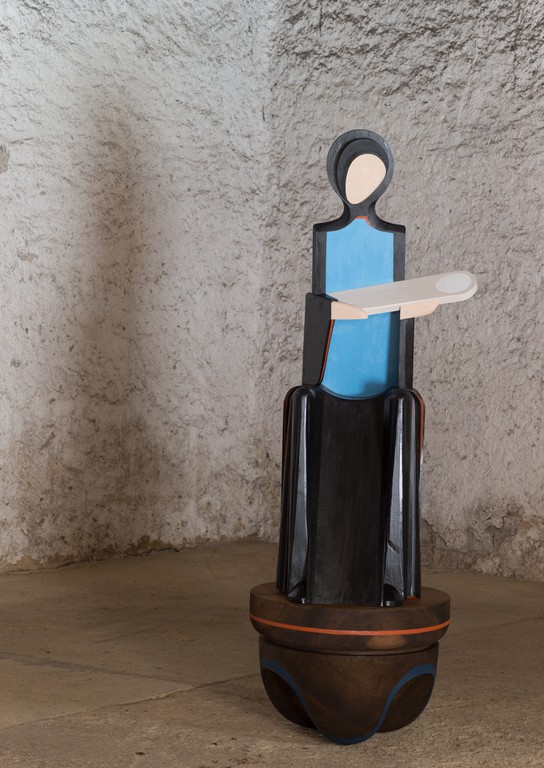 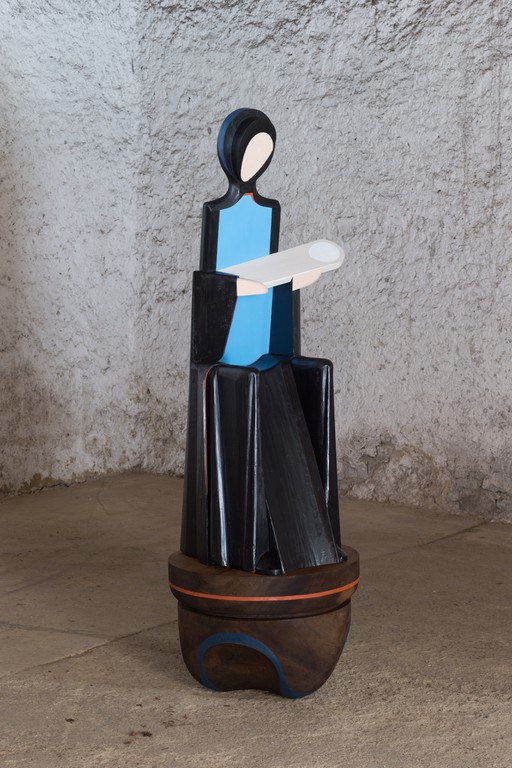 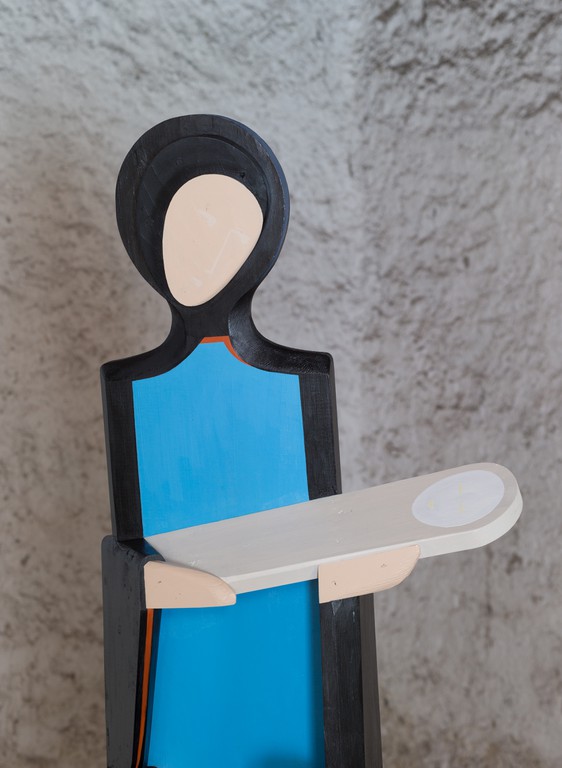 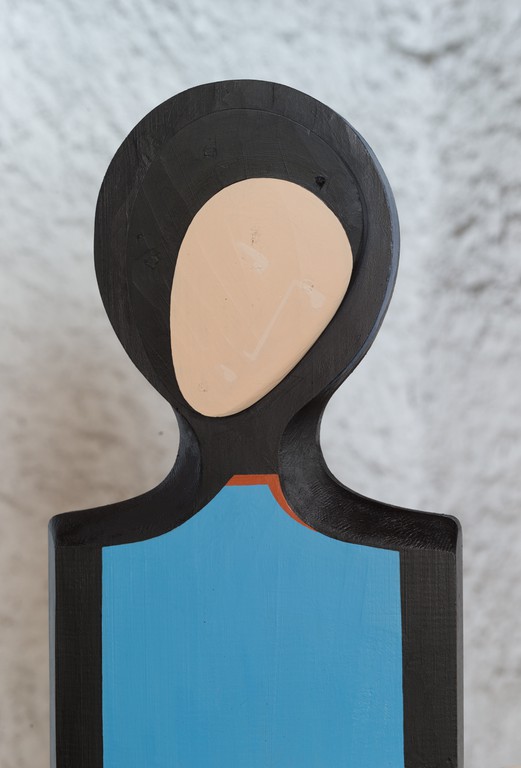 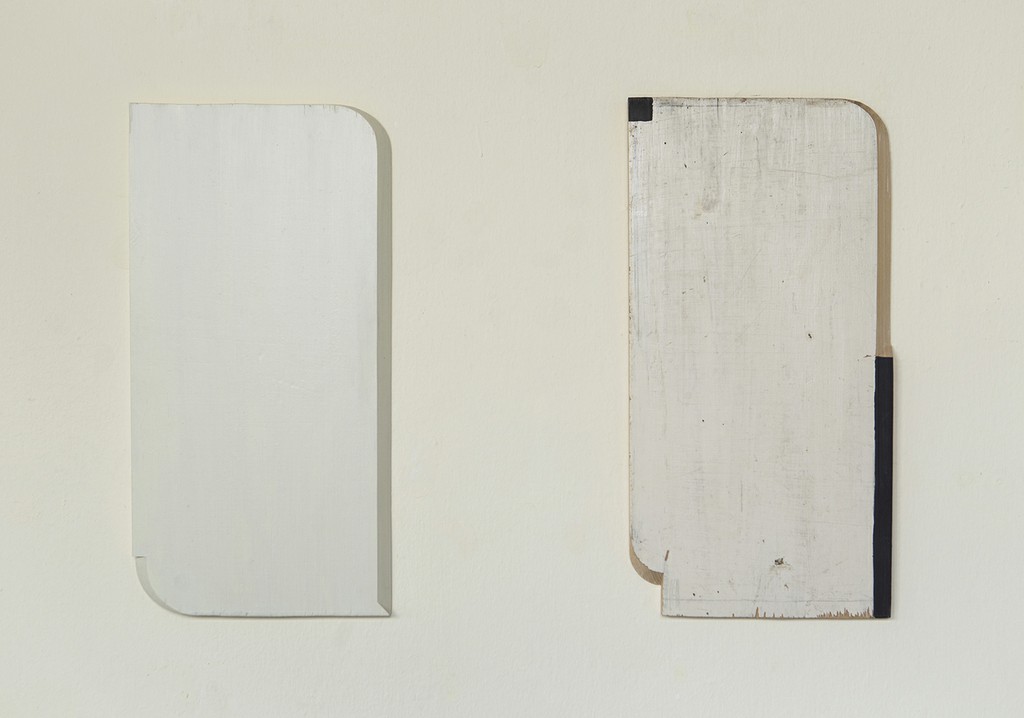 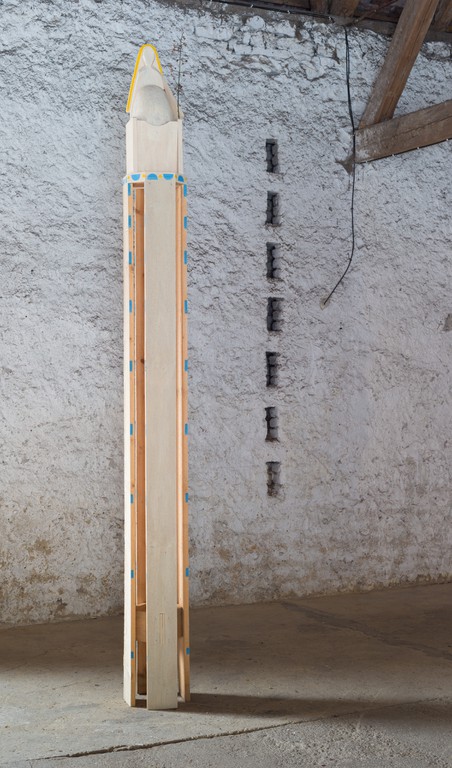 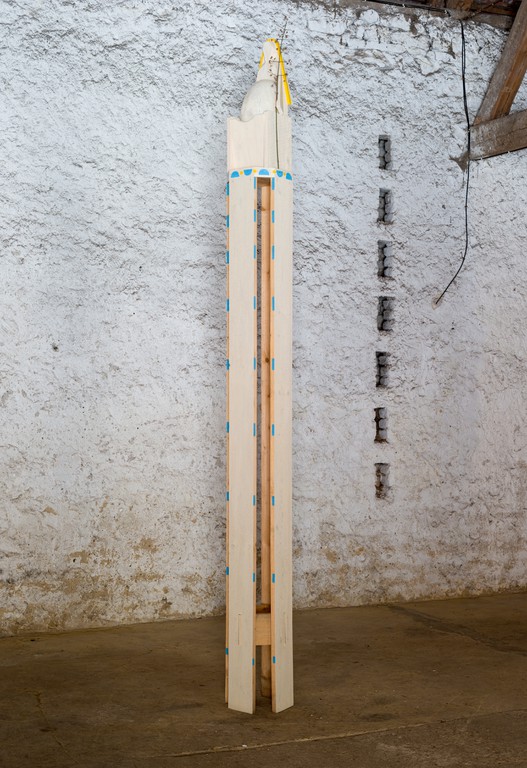 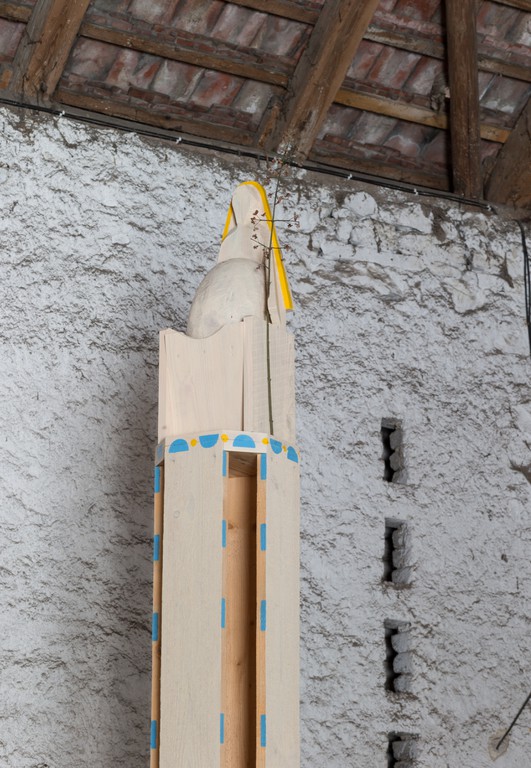 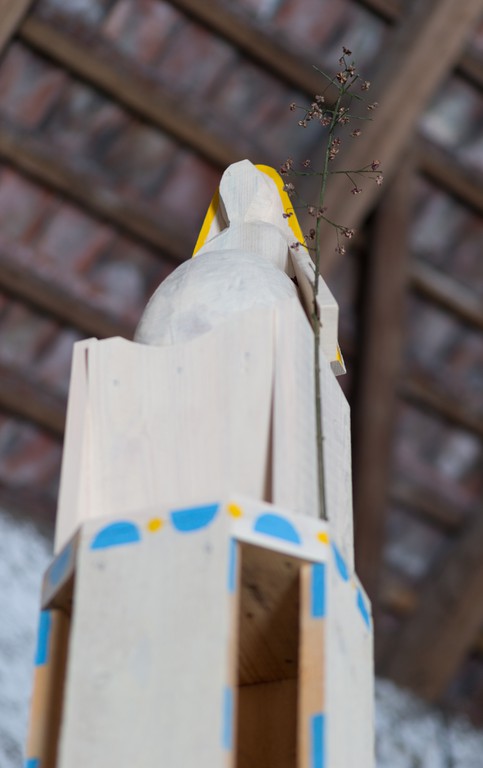 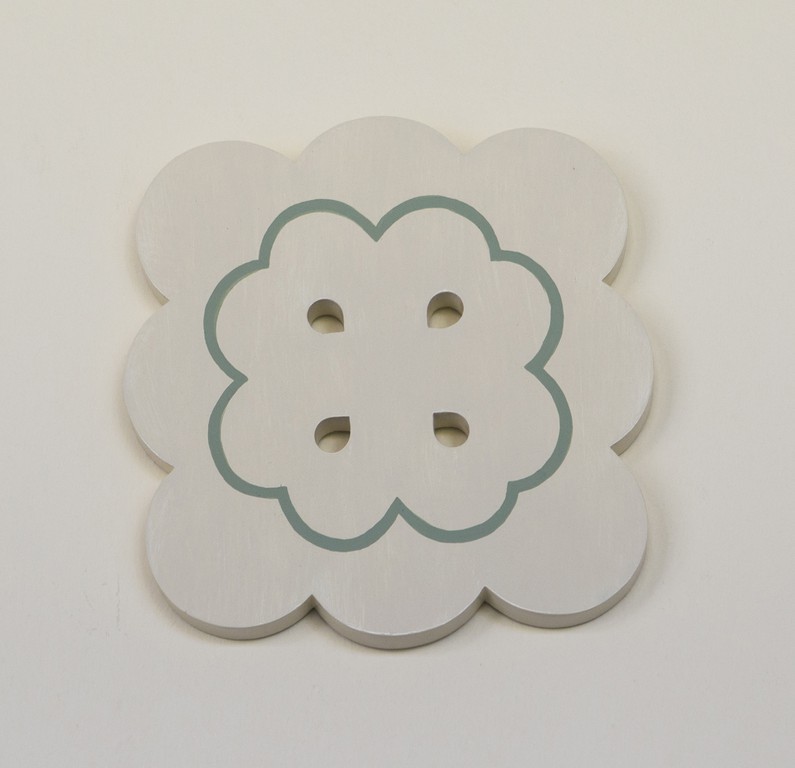 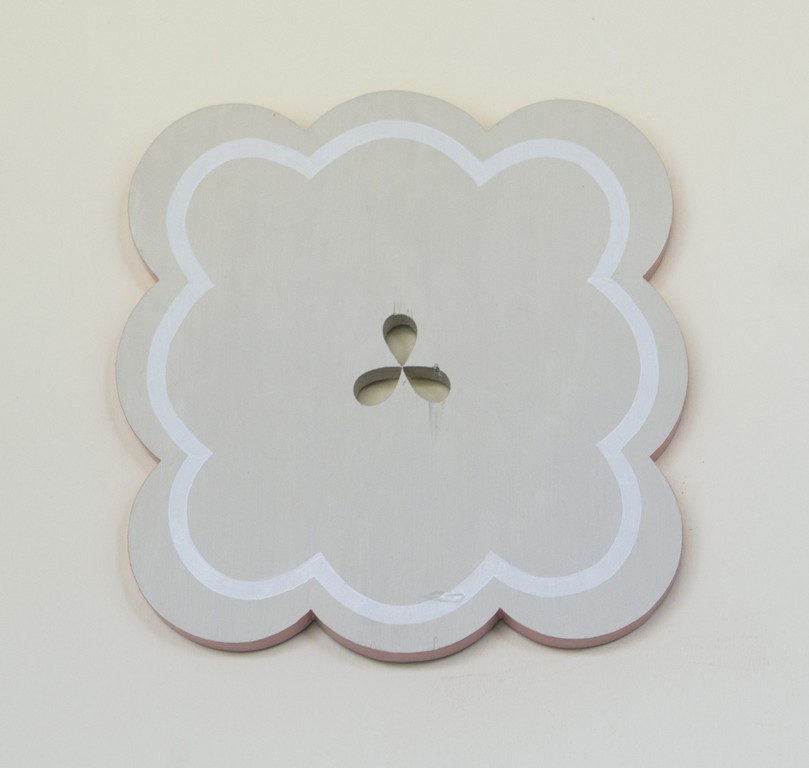 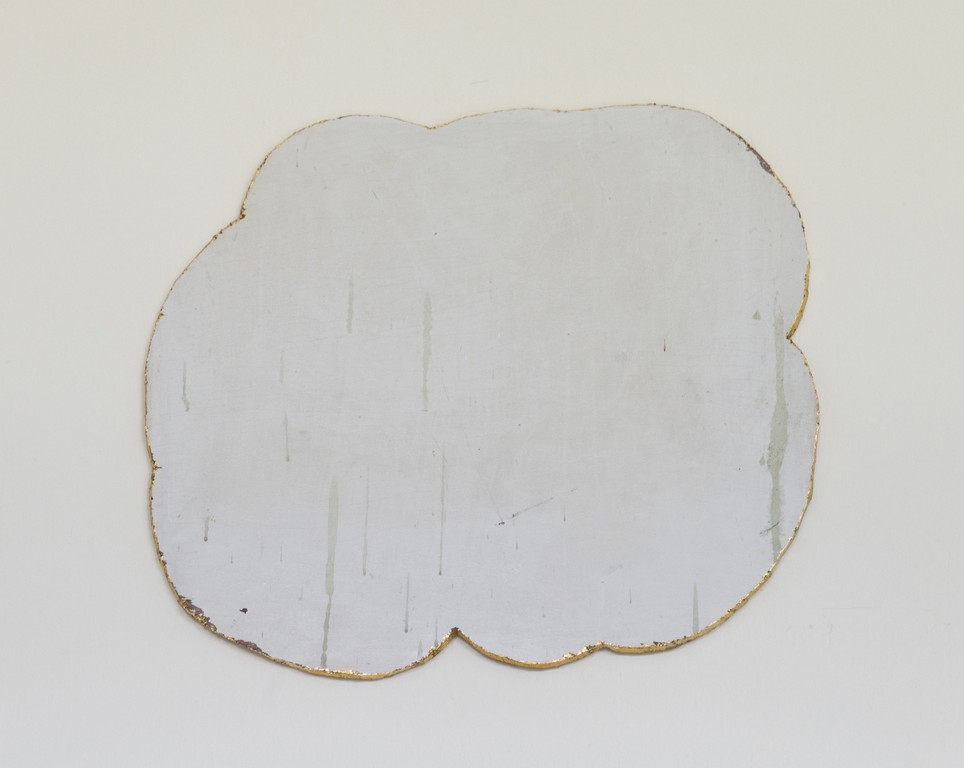