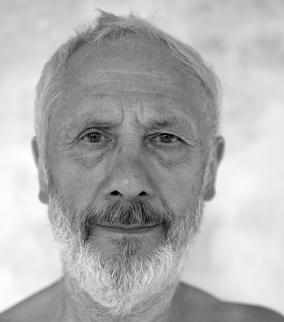 Kurt Gebauer was born on 18 August 1941 in Hradec nad Moravicí, Moravia. He studied at the High School of Applied Arts in Brno (1955-56) and at the School of Sculpture and Stonemasonary in Hořice v Podkrkonoší (1956-59). From 1963 to 1969, he attended the Prague Academy of Fine Arts, studying under Professors Vincenc Makovský and Karel Lidický. In 1965 he joined Professor Otto Herbert Hajek on a research fellowship at the Stuttgart Academy. In 1972, he spent several months at the Academie des Beaux-Arts in Paris, working in the studio of Professor César Baldacini.  He has been a member of the artists' group 12/15, Better Late than Never since its inception in 1987. In 1990 he was named docent at the Academy of Arts, Architecture and Design in Prague, and two years later Professor of the Atelier of All Sculpture, where he works today as an emeritus professor.