Ivan Sobotka’s exhibition is not intended to be a retrospective, but a selection of his works. We have chosen pictures that are almost monochrome, which express themselves the strongest in the face and eyes. These are works that Ivan Sobotka apparently valued the most at the end of his life. Maximum expression, minimum colour. Some might walk past without noticing them.

Ivan Sobotka was an outstanding spiritual artist who avoided publicity, because he did not care about it. He painted in a completely free manner, and therefore, made money in a totally different way. He often refused to exhibit his works and did not attend most openings. His work was introduced to a small group of people thanks to the Revolver Revue, Babylon and Jan Placák. At the end of his life, Sobotka’s paintings became a part of the permanent collection of the National Gallery at Veletržní Palace thanks to Milan Knížák.

Sobotka had a long-time friendship and artistic kinship with Věra Nováková and Pavel Brázda. He was inspired in particular by the production of the Josef Florian publishing house and radically pursued Romantic style portraits. He also sought out the ancient art of the Copts and Picasso. He practically rejected the Renaissance tradition and later paintings and did not find any interest until the modern period. In his own words, “he did formel in the period of art informel.” He distanced himself more and more with his themes, life style and form of work from the pop-culture trends and cultural traffic. However, in this context, he came close to the living art and literature of the underground, similar to Zbyněk Hejda, Zdeněk Vašíček or Svatopluk Karásek during the same period.

Sobotka’s place and radical stance is similar to what Jaroslav Durych wrote in his essay Chudoba jako podmínka (Poverty as a condition): “It is difficult to call into question the thesis that art is primarily for those who are so poor that they cannot even indulge in it; and then secondly it is for those who are not so materially poor but are so broken by other more serious sorrows that their welfare, whether insignificant or mediocre, is good for nothing or non-existent for them. And the last is only art collecting, sport, entertainment and other worse things."
David Bartoň

DAVID BARTOŇ (born 1975). Studied philosophy, theology and classical philology in Prague and Heidelberg. He worked as a curator in the “Jesuit Gallery” at the Gallery of the Central Bohemian Region in Kutná Hora. He writes for the periodicals Babylon, Přítomnost, and has contributed to Lidové noviny, Hospodářské noviny, Typo, Souvislost, the BBC and Český rozhlas. He focuses on artists who try to portray their own distinctive spiritual path in their works.

JAN PLACÁK (born 30 Oct 1958, five minutes after seven o’clock in the evening). In 1965 he became the Champion of Prague 6 in Olympic gymnastics in the floor exercise. In 1972 he won a tennis tournament in Prague and received the award from the tennis player Jan Kodeš. Since then, nothing significant has occurred in his life. For several years now he has been exhibiting his work one day a year at a group exhibition he organizes in his garden in the Jizera Mountains 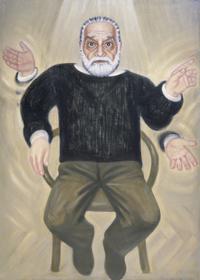 (born 1927 in Moravské Budějovice, died 2008 in Prague Smíchov), painter, studied at the Academy of Fine Arts in Prague from 1946 to 1951 with Professor Sychra and Professor Pukl. He exhibited in the galleries Ztichlá klika, Litera, Navrátil, Klatovy/Klenová, the Moravian Gallery in Brno, in Most, Lyon and GASK Kutná Hora. He also participated in the exhibitions organized by Revolver Revue. He was the winner of the Revolver Revue Prize for 1998. Since 2003, his work has been displayed at the National Gallery. 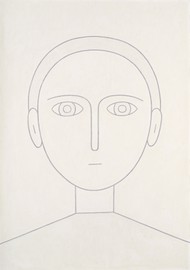 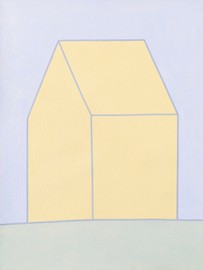 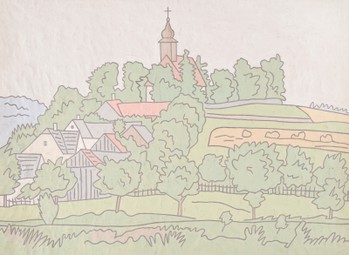 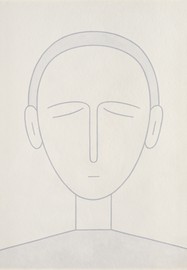